September 03, 2021
This summer has been a struggle for sure. After spending 3.5 days in the hospital running every test possible, the doctors still did not know what was wrong with me. It was clear that I had had Myocarditis, but that had since cleared up. At first I thought I was on my way to healing up, but then I relapsed and became ill again. I spent a lot of time thinking about what it could be and what I could do. I figured since it felt like Lyme and it would be no harm, I ordered up my herbal remedies for Lyme from before. It worked, not great, but they cleared up my joint pain, swelling, and even made my mental state better. However; the deep fatigue I had been feeling was very slow to improve. I figured I was trying to push through illness, which would additionally stress my already weakened body. I emphasized rest and sleep, but still slow progress. I often thought, “Is this it?” “Is my life over?” “What am I going to do with limited energy and time?” “Am I dying?” It sucked. It
Post a Comment
Read more 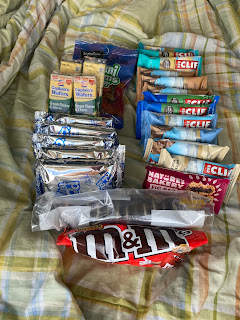 It was early February and things seemed honky dory.   We had the perfect season going, zero to 60 and it just kept right on snowing.   350” from November 20 th until February 6 th .   Pow was plentiful, turns were deep, and life was how its suppose to be.   But then I felt it.   A shudder.   A glitch in matrix.   Disturbance in the force.   Well, okay.   I had seen a news report of a “bad virus” wreaking havoc in China and that it was expected to become a pandemic.   And then an atmospheric river hit.   6.5” of water in 60 hours and with a lot of wind.   We were interlodged for 53 hours(not allowed to go outside).   That was bizarre.   But no biggie.   Back to life.   But the snow stopped.   And the rumors grew.   We are a large ski lodge that has guests from all over the world crammed into tight quarters.   I was worried about an outbreak.   Finally, there were rumors of closing, I was relieved.   We were getting derailed in slow motion.   As someone who has struggled with anxiety
4 comments
Read more

WURL, And I think to myself... 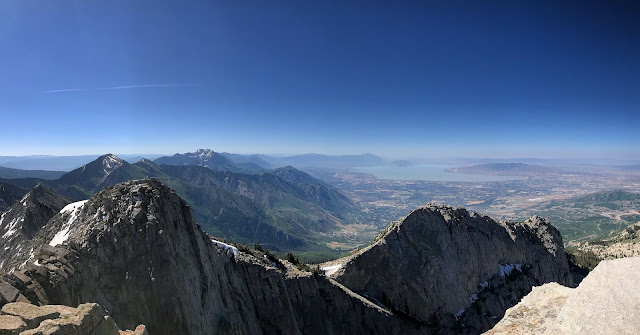 9 years ago I moved to Alta.  Ever since, Ive stared up at these ridgelines in awe of mother earth.  Isnt she lovely?  I tried to run and scramble on as much of these rocks as I could.  By the end of the summer 2012, I realized I had done much of the route I had just recently heard of (The WURL).  In 2013, it was my goal to do the route in its entirety.  One weekend, I set off from Fergy and crested over sugarloaf and descended home.   Next morning, hiked up Baldy and finished the route.  Total time something like 36 hours with sleeping 8 hours in the middle.  I repeated a similar outing in 2015, “getting more comfortable with the route” I told myself.  But all out efforts on the AT, PCT, and a big ole bike tour, hindered feeling 100% in other years.  So last summer 2018, with no hinderances, I tried. Lots of ridges, Lots of Lonely time             First time.  Moving well, but fading a bit over baldy/hidden.  I got up Red Stack to see a big ol nasty dark cloud over
2 comments
Read more
More posts